I've installed a couple of updates, but since then, everytime I start the game, I keep on getting the warning that there are updates to install. 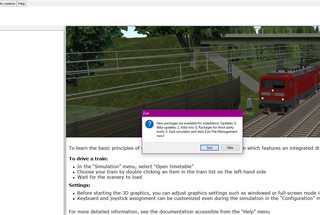 However, the updater is clean as it shows that there is nothing to install and evrything is up to date. 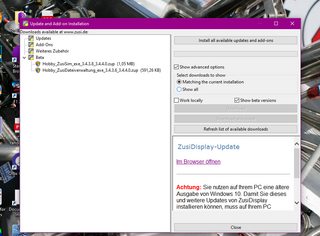 Besides this issue, it also happens to me that when I start the simulation, there's an error with some module. 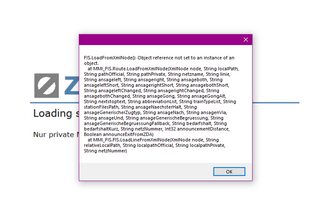 Erm, two updates are being listed in your screenshot, aren't they?

(If you've ignored them because they're Beta updates, don't forget that once you've installed any Beta version of a particular program, you need to continue installing all subsequent Beta updates until reaching the next Release version – and those particular two updates are the updates from the latest Beta version back to the next regular Release version, as denoted by the last figure of the version number being a 0)
Nach oben

And you must start the Verwaltung with admin privileges, when you want to install updates

I've installed both betas which are on the picture, but I'm stll getting the message when I start the game.
It states that there are 6 updates, but there is none available on the list of updates. 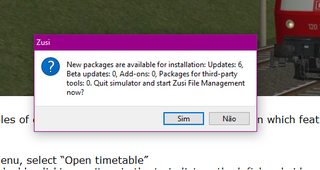 What does the update page show now? Can you make this screenshot again? 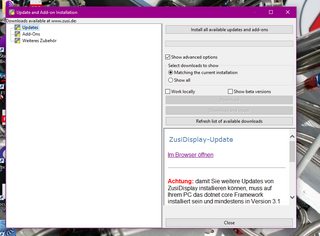 It's nothing to worry about... It's just the nuissance of having the message evrytime i start the game...

Also the question regarding this, what does it mean? FIS not working at all? Not working for the chosen train? other error?

Waht's the version number of ZusiDisplay?

Game is on. 3.4.4.0
Dateiwartlung: 3.4.4.0
Zusidisplay: 3.3.62.0
Typically, I only start the ZD separately, when the trains don't have it integrated in the cab, like the ICE's (which should have it), or some older locos, where the picture is there but the application is not there. If the train does not have the ZD, I'll go with it by paper, F7.

Actually, I also have a couple of questions regarding the ZD and the game.
Sometimes, the ZD kind of hangs up and the marker is not correctly placed on the position. Either it doesn't move at all or it's moving but two, three or more stations back. Any way to make it go to the correct position? I have fiddled a bit with the controls and can move it to manual, but static. Is there any other way?

This morning was running a koln-duss schelude, and in the middle of the S68, S31868 activity, it shows, *kopf machen, meaning change sides. However, nothing happened when I pulled to small turn line (without exit) after Langenfeld. So, I couldn't take the return service...
Nach oben

You have this warning message on the left side of your update window: [1]

This warning can unfortunately not be translated. It says, that you should install .Net Core x86 version to get the latest Zusi Display update (Download link)

But I wonder if this has an effect to the Zusi Startup Warning Messages.